My husband recently got a job that has dental insurance. We took our son to the dentist and were told he needed braces and two fillings. Prior to this, my son who’s 14 years old had only been to the dentist twice in his life. Both times after his adult teeth came in. We were told then he needed braces, but as we could barely afford cleanings we knew braces were out of the question. This insurance plan will cover a large portion of any necessary orthodontic care. However, we also found out he’s allergic to some metals.  I asked the dentist about non-metal options for braces and he said we should get ceramic braces. I did some research and realized there will still be some metal in his mouth. This worries me. I learned about Invisalign, which doesn’t appear to have any metal.  I called the dental office to inquire about those. He said teenagers are never good candidates for Invisalign because the aligners don’t stay in their mouths and they lose them. I’m not sure what to do. Someone told me holistic dentists are metal free. Will they help with orthodontics? 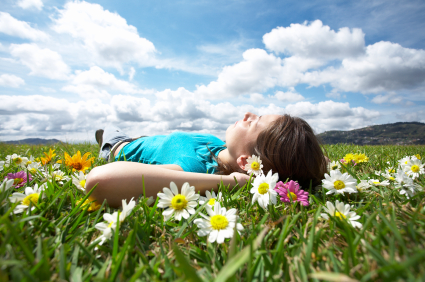 It’s fantastic that you’re being such a diligent advocate for your son, especially because your dentist seems a bit confused about things. Yes, ceramic braces still have some metal. If your son is allergic to the type of metal used, then that treatment could be a disaster.

When a holistic dentist claims to be metal-free, they’re referring to fillings and crowns. The old amalgam (silver) fillings are loaded with all kinds of metals, including mercury which makes up the majority of its content. Because of this, holistic dentists will only place mercury-free composite fillings. These are commonly called white fillings. With your son’s metal allergies, he should only have composite fillings placed.

Additionally, if he should ever need a crown because of a cracked tooth or a cavity that gets too large for a filling, it’s important he only have all-porcelain crowns placed. Some dentists still placed porcelain fused to metal crowns. Obviously, that will not work in your son’s circumstances.

Regarding his Orthodontics, you won’t have to go to a holistic dentist. Though, given his metal allergies, it’s not a bad idea. Honestly, your idea about using Invisalign was spot on. Your dentist exaggerated just a bit the problems with Invisalign for teenagers. Though, he’s not completely wrong.

Yes, Invisalign is removable. Yes, teenagers tend to lose them more than adults. But, if your son is allergic to metal, it is still your best option. Plus, Invisalign Teen takes the propensity for losing aligners during the teen years into account. Because of that, they allow for a certain number of replacement aligners at no additional cost to the parent. It’s a great treatment, even if you’re not allergic to metal.