I had four dental implants placed this week and two of them have already fallen out. I paid for half the procedure upfront. Should I have to pay the other half with them falling out? Also, is there a way to get this fixed? 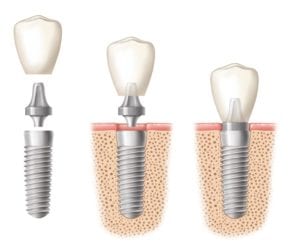 Should You Be Expected to Pay for those?

No. A pretty basic expectation of dental implants is that they remain in place. According to the National Institute of Health, the failure rate of dental implants is around 5% or less. Your dentist has lost 50% already. To top that off, they fell out in just a few days, not months as normally happens. There is some other factor going on here that needs to be addressed. I’m concerned the other two dental implants will fail as well.

Where to Go From Here

I want you to get a second opinion from another dentist. Make sure they have post-doctoral training in dental implants and a high success rate. They shouldn’t be offended by those type of questions. If they are, they are likely unqualified. Another thing is to make sure it is a blind second opinion. That means you won’t tell them who did your dental implants, just that you have lost half of them and want to know if they can tell why and the viability of the two remaining implants.

Once you have that, you will be armed with the resources to get this fixed. It is very likely he or she will tell you they are all going to fail. In this case, I don’t just want you to ask for a refund. Instead, you need to have your dentist pay to have this fixed with a dentist of your choosing.

The reason for that is the repair will cost more than the original procedure. This is because it will require an additional procedure. When the implants come out, they leave a hole in the bone, which has to be built back up in order to support any further implants. This is done with a bone grafting procedure.