I had two porcelain veneers placed on my front teeth and the gums have been inflamed ever since. The hygienist said she thinks I’m not brushing well enough, but I can assure you I’ve been taking very good care of these. At a follow-up appointment, they did remove some excess cement which gave me some relief, but they seem to think everything is fine on their end. I don’t. The gums still hurt. Is this normal? Will it get better? 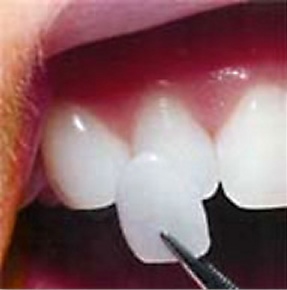 It is unfair that so many medical professionals blame the patient for something that was very likely their fault. Rarely does someone neglect their smile makeover. Instead, they’re usually more engaged in their oral health care because they want to keep their investment beautiful.

There are a couple of possibilities that come to mind here. The first is that there is still excess cement there. Experienced cosmetic dentists, who place a lot of porcelain veneers, have a system in place to prevent this from happening. Usually, this involves curing the cement to the middle of the tooth and then cleaning off the excess while the material is still soft.

It’s also possible you have uneven margins where the porcelain veneers and the teeth meet. This can cause things and bacteria to get trapped there. That would definitely cause some irritation. Even worse, it can lead to gum disease.

Getting Your Porcelain Veneers Fixed

I’d like you to get a second opinion on the placement of these porcelain veneers. It is important it is a blind second opinion though. Don’t tell the second dentist who did the procedure. Just explain your symptoms and see what they say. If they ask who the dentist was, tell them you want their unbiased opinion and don’t want to say.

After he or she tells you what the problem is, then it is okay to let them know who did the work. The reason for this is because many dentists know one another and you wouldn’t want him in a position where he knowingly had to speak against the work of a good friend. If it turns out there is something wrong with the veneers, then your original dentist should make it right at his cost.

One other thing. It is important you see an expert cosmetic dentist to be certain you are getting a qualified second opinion. I suggest looking on the mynewsmile.com website. They prescreen cosmetic dentists who wish to be listed for both their expertise and their artistry. they cannot purchase their way onto the site.