Can you advise me? I went in to get one tooth extracted and another crowned. I am a bit of a baby when it comes to dental work, so I had dental sedation. When I got home they called to see how I was and told me that they had to extract the second tooth, rather than place a dental crown on it. Then, the next day I was having some pain in my sinuses and called them. That’s when they informed me the second, unplanned, extraction perforated the sinus a little. I have had multiple complications since, including a massive infection and the need to go to an ENT for extraction of bone fragments. I want them to pay my medical care. They’re refusing on the grounds that I consented. But, I have no recollection of giving consent to the second extraction. Where do I go from here? 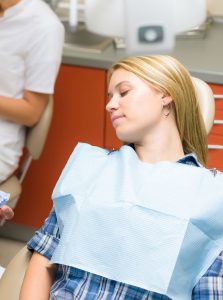 There are some real problems with the treatment you have received. First, if you were under dental sedation, you were unable to give informed consent. Period. It is poor form on their part to try to claim that. Second, the extraction technique wasn’t correct because it led to a sinus perforation which included bone being left in the cavity. Third, they didn’t inform you of the perforation until two days later. That likely led to your infection.

I’d give your dentist one more chance to make this right, which would include them paying all your follow up medical care. If they refuse, my suggestion would be to let them know you will be contacting an attorney. That should sober her. If it doesn’t, her attorney and malpractice insurance certainly will. They will tell her to settle. If you end up going to court, you’ll likely get more than just the medical expenses.

Hopefully, she will smarten up and do the right thing. If not, you’ll have to follow through. I am sorry this happened to you. I hope it doesn’t discourage you from further care.

You didn’t mention what they replaced your teeth with, if anything. It will be important to have a replacement or the remaining teeth will begin to shift or tip into the empty space. If at all possible, you should replace the missing teeth with dental implants. These are by far the best tooth replacement option available. They are the most like having a healthy natural tooth.