I had four tooth extractions in preparation for braces. He left the root of one of the premolars in saying it would fall out on its own. Now it is getting close to time to have the braces and it still hasn’t fallen out. I went in to see about having it removed and he said it is near a nerve and could cause paralysis. Now I’m not sure what to do. What would you recommend? 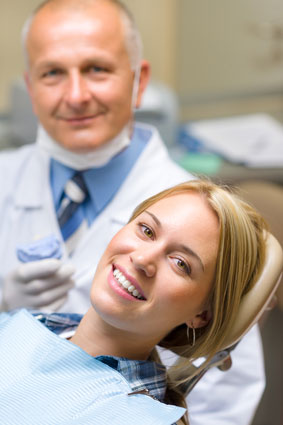 I’m hoping something was lost in translation here because if it wasn’t there is some serious misinformation going on. First, the tooth roots will NOT fall out. Instead, the bone will grow around them. Second, in order to get braces, the root will have to be removed. The other teeth will be shifting and the tooth what will move into that place has its own root. I have no idea why he didn’t extract that root to begin with if he knew you were getting braces.

You will want to get that root out. As for the nerve, dentists tend to exaggerate because of the litigious nature of the times. The mental foramen is a nerve which comes to the bone by the premolars. While this nerve goes to the lower lip and chin, severing this nerve will not cause paralysis. It would cause a loss of sensation in the lip and the chin. However, I don’t think this is even going to be an issue. It is very easy for the surgeon to see this foramen nerve on an x-ray. It’s also easy to find it surgically. A good surgeon will have no problem avoiding damage to this nerve.

This is going to be an invasive procedure. I’m going to suggest you see an oral surgeon or a dentist experienced in tricky extractions who also uses dental sedation.

This blog is brought to you by West Seneca Emergency Dentist Dr. Warren Krutchick.