I’ve recently been diagnosed with Lyme Disease. I’ve been doing a lot of reading about it and discovered that Yolanda Hadid also has Lyme. She said that in order to get better she had to go to a holistic dentist who removed all her fillings. Do I need to do that too? What do you replace them with? 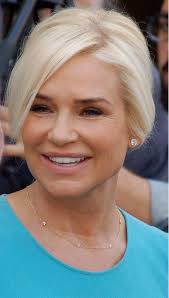 I’m sorry you’re going through this. I know several people struggling with this. It’s still controversial at the moment and treatment has had varying levels of success. There’s still a lot of research being done on this to try to help people struggling.

I’m aware of the story about Yolanda Hadid. The type of filling she had removed were silver amalgam fillings. She did that because they’re made mostly of mercury. The theory is the having mercury in your system, which is toxic, impedes the healing process.

You don’t have to see a holistic dentist to remove them. But, you will need to see someone who knows how to do a sanitary amalgam removal. This protects you from inhaling any mercury vapors or swallowing any bits int he process. Quite a few mercury-free dentists know the sanitary procedure and likely every holistic dentist.

What Type of Fillings Will You Get with a Holistic Dentist?

In addition, they’re more careful about every substance they put in your body and tend to treat your whole body instead of just your teeth. When you’re immune compromised, as you are with Lyme disease, that’s not a bad option for you. However, that doesn’t mean you can’t be healed if you don’t have one in your area.

I’m concerned about something that happened to me recently and want to figure out the cause before doing this again. I’m in a very public line of work. As a result, I’m meticulous about my smile. I’ve had several dental procedures which required sedation and never had a problem until this week. I went in to have the procedure done. After I was home, I became nauseated and started vomiting. It became difficult to breathe. I was going to call 911 but couldn’t get to my phone. I ended up just lying down and trying to calm down. Eventually, it because easier to breathe. The nausea took all day to go away. What went wrong?
This has never happened to me before. 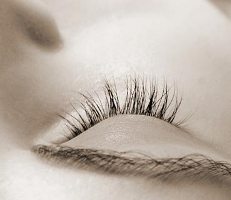 I’m quite concerned about the fact that you seem to be home alone after a sedation procedure. Most sedation dentists will check to make sure you not only have someone to drive you home, but to stay with you throughout the day for the very reasons you experienced. What would have happened if you were to stop breathing altogether?

The first thing I’d like you to do is report to your dentist what happened. If you’ve had this procedure before without any interactions it leads me to wonder if your denitst gave you a different sedation medication. Either way he needs to know about your interaction so this could be prevented in the future.

Some Things to Check When Things Go Wrong?

This blog is brough tto you by Dr. Warren Krutchick.